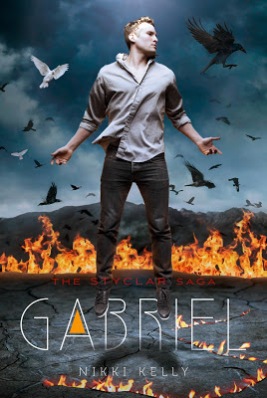 The handsome Angel from Lailah gets center stage in this continuation of Wattpad sensation Nikki Kelly’s romantic and action-packed series about mortals, vampires, and angels.

Gabriel is an Angel Descendant. He’s also an ally to a generation of vampires who want to break away from the demon who controls them. His faith in the power of good over evil wavers, however, when he discovers that Lailah, the woman he considers his only true love, may be both angel and demon. Is their love enough to overcome the dark forces who are ready to go to war with Gabriel, the vampire Jonah, and the angel and vampire forces? And can Gabriel compete with Jonah, who is also in love with Lailah?

Once again, Nikki Kelly looks deeply into the heart and soul of good and evil to create a romantic, action-packed reading adventure.

I need a sneak peak! What’s going to happen with Jonah? *waves #TeamJonah flag*
…Now that would be telling 😉 You can, however, get a sneak peek through the Gabriel cover reveal blog tour, where I shared 6 excerpts form Book2: http://www.thestyclarsaga.com/blog-tour/

Can you describe this second book in a tweet? (140 characters)
Just when you think you know… you have no idea 😉 #TheStyclarSaga #GABRIEL #NoMercy

Best gif that describes Jonah and another for Gabriel? 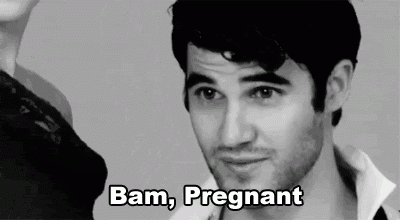 How much of Jonah will we see in Gabriel?
Plenty, I promise! 😉 The second book may be titled GABRIEL, but it is told from Lailah’s POV. The reason the book is called GABRIEL is because there is a focus on what becomes of Gabriel’s ‘soul’ if you will. Take my word for it though, Jonah gets plenty of ‘screen time’ 😉
If you were FORCED (hahahahha) to help Gabriel or Jonah train to be lifeguards, who would you choose?? Obviously they will only be wearing red speedos. 😉
Sadly, I wouldn’t be able to help either train to be a lifeguard as my ability in water is non-existant… That said… *has idea!* I could quite easily throw myself in and begin to drown (because that would require no acting on my part what so ever) and then they would have to jump in and save me… In fact, I think that’s exactly what we should do, that way we also get to see both of the boys in red speedos.. because #HellsYes !
In 10 words or less, what can we expect from Gabriel?
A definite need to *fist pump and plenty of *face palming!
(Okay, I know that was 11, but it was close!)
What’s the ONE thing about the series that you’d like readers to know that they don’t know already? : )
There are elements of my own life weaved through the story telling of the entire series. When I say I gave a part of myself to these novels, I wasn’t joking!

What inspired you to mix vampires and angels together?
I wanted to tell a story about light and dark, good and evil if you will, and how things are never quite what they seem….To do this for the saga, I borrowed a little here and there from my own belief system, and I was able to create new worlds and beings, but utilize existing belief or myth on which to base them. For example, the two worlds the beings emerged from were based on the concept of Heaven and Hell. I then spun that into something else entirely. I took the myths about vampires and angels etc. and tried to demonstrate how, through storytelling and game of telephone, the idea of what they are has become quite different from the truth – the truth of course being the reality of things in my books! If you want to tell a story about light and dark, preconceived notions and perception, what two better candidates than Gabriel and Jonah, an Angel and a Vampire in which to explore those very themes!
What was the most challenging part of writing Gabriel?
Lailah picks her ship! That was not an easy thing to pen! **eep**
Lailah was such a successful start to this series, people seemed to really love it! Did that make you feel additional pressure to ensure the sequel was just as good?
When people express their love for your story it always adds to the pressure of making sure you get it right, not just for your characters, not just for you, but for the reader. But there will always be instances where the reader doesn’t agree with something that happens as the journey progresses, for example which ship makes it out the port! 😉 I always keep the readers in mind, but ultimately I have to be true and honest to the characters and their story, even if it means that sometimes people want to throw things at you! So yes, I guess the prospect of twitter bombs being slung my way adds to the pressure!
If you had a chance to re-live your life, what would you have done differently?
Not a single thing. Every shelf I ever stacked, every customer I ever served, every diary I ever organised… in fact, every minute of every day, all the laughs and all the tears led me tohere—and here is the most wonderful place. There is a very fine balance between having ambition and gumption to go out and make your dreams a reality, trying to find the ‘good times’ if you like, and being able to see and know exactly when you are in them! I’m in them now.
If a celebrity was going to play Gabriel, who would it be and why?
Alex Pettyfer for sure because he’s a very talented English actor… yada, yada, yada… Okay people, lets keep it real #LeSwoon .. #NuffSaid
If you had to pick ONE song that either represents you or your books, what song would you pick? (You can totally pick one for you and one for your books if you want!)
For Styclar— Imagine Dragons:Demons For me—Boyzone:Words
Where did Gabriel and jonah come from? Any real life influences?
Gabriel and Jonah both possess qualities form my own bea 🙂 He was a little more like Jonah when I met him (I was 16) and he’s a little more like Gabriel now, but when I ask nicely he will still, from time to time, point his collar up 😉
ALSO, What do you love most about Jonah?
He’s a bit rough around the edges, but give him a polish and he shines likes a diamond 🙂 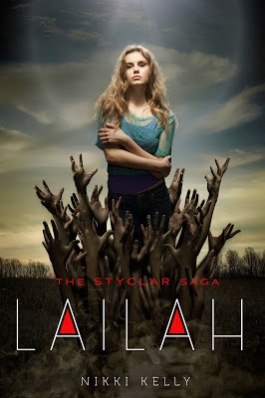 The girl knows she’s different. She doesn’t age. She has no family. She has visions of a past life, but no clear clues as to what she is, or where she comes from. But there is a face in her dreams – a light that breaks through the darkness. She knows his name is Gabriel.

On her way home from work, the girl encounters an injured stranger whose name is Jonah. Soon, she will understand that Jonah belongs to a generation of Vampires that serve even darker forces. Jonah and the few like him, are fighting with help from an unlikely ally – a rogue Angel, named Gabriel.

In the crossfire between good and evil, love and hate, and life and death, the girl learns her name: Lailah. But when the lines between black and white begin to blur, where in the spectrum will she find her place? And with whom?

Gabriel and Jonah both want to protect her. But Lailah will have to fight her own battle to find out who she truly is. 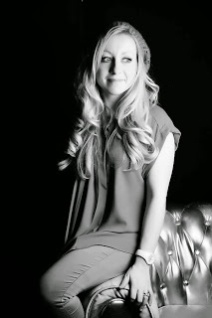 NIKKI KELLY was born and raised only minutes away from the chocolately scent of Cadbury World in Birmingham, England. Lailah was first launched to Wattpad, an online readers and writers community. Within six months, the novel had over one million reads. Lailah is Nikki’s debut novel, and the first book in The Styclar Saga. She lives in London with her husband and their dogs, Alfie (a pug) and Goose (a Chihuahua).

LAILAH is my debut novel, and first launched in serial form to wattpad, a readers & writers community. Within just 6months, LAILAH had over a million reads and thousands of comments and votes.

Since then, The Styclar Saga has gone on to pick up a traditional deal with Feiwel & Friends, and LAILAH, the first book in the series is due for release on October 7th 2014.

These days I spend my time balancing my amazing job of writing fantasy fiction, with my other, very important role of Chocolate Connoisseur. I like to multitask and do the two together. It makes me happy.