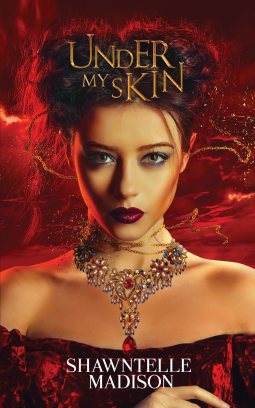 Everyone wants to either be a member of the Guild or work for them. Little does the populace know that the Guild hides sinister secrets…

For Tate Sullivan, life in her small, coastal town is far from glamorous. The affluent lives of the Guild members and their servants isn’t something she has ever wanted. But all sixteen year-olds must take a simple test, and Tate’s result thrusts her into the Guild’s world, one where they hide horrible plans for those they select. Tate must fight the relentless General Dagon for control of her mind, body, and soul to keep the one precious thing she has always taken for granted: herself.

Her only ally is the same handsome boy she is pitted against in General Dagon’s deadly game. Quinn desires nothing more than to end the life of General Dagon who has taken over Tate’s mind. While romance blooms between Tate and Quinn, General Dagon plots to eventually take over Tate’s body, and love might end before it even begins.

One part Invasion of the Body Snatchers and one part Robert Heinlein’s classic I Will Fear No Evil, Under My Skin blends glamour with terror.

Can I just say BEST DYSTOPIA BOOK!!! I absolutely LOVED it!! This other world was completely different. This dystopia story was unlike any other. It was so different but very well thought out. It taught life lessons along the way. It was just just awesome! It sucked me in and before I knew it I was spit out only being left with the want for more. Tate was a very strong willed, stubborn headed, vigilante, patient, determined woman who fought for herself. Just like we should all learn to fight for ourselves. It was a very well-written book. I just am in awe because it was so good. I really didn’t want it to be over. I was like no way it can’t be over already.!

I am so in just Wowville that I can’t even put together a whole full functioning sentence. But what I can say is this… If you like or love dystopia novels then you ABSOLUTELY HAVE TO read this one!! I promise you won’t regret it!! Do yourself a favor and get lost in another world that is just so different and well thought out that it is like just WOW!! YOU WON’T WANT TO MISS OUT ON THIS ONE!! Okay? okay.